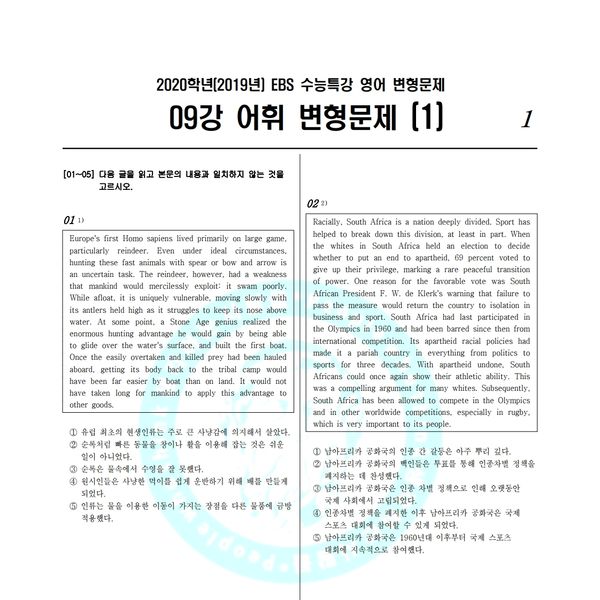 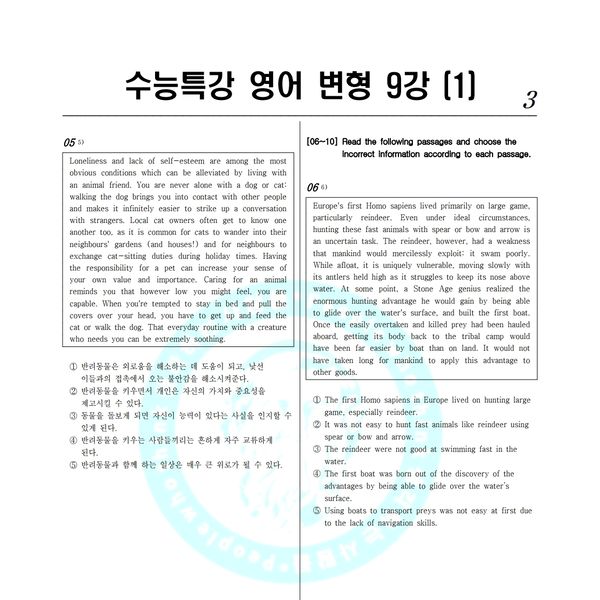 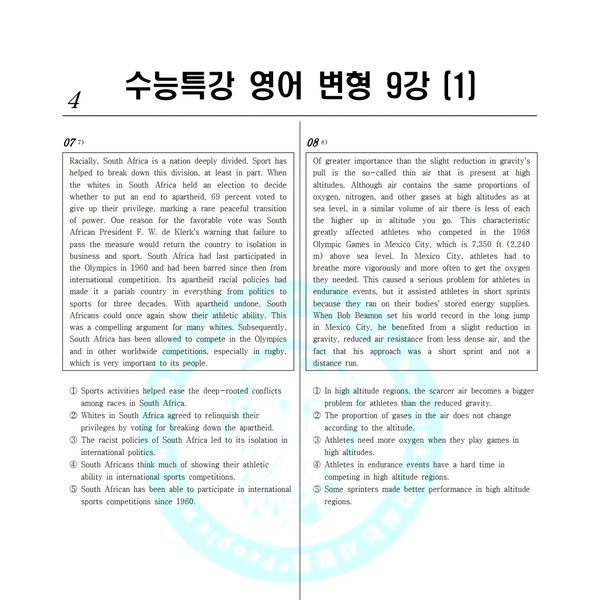 Europe's first Homo sapiens lived primarily on large game, particularly reindeer. Even under ideal circumstances, hunting these fast animals with spear or bow and arrow is an uncertain task. The reindeer, however, had a weakness that mankind would mercilessly exploit: it swam poorly. While afloat, it is uniquely vulnerable, moving slowly with its antlers held high as it struggles to keep its nose above water. At some point, a Stone Age genius realized the enormous hunting advantage he would gain by being able to glide over the water's surface, and built the first boat. Once the easily overtaken and killed prey had been hauled aboard, getting its body back to the tribal camp would have been far easier by boat than on land. It would not have taken long for mankind to apply this advantage to other goods.

Racially, South Africa is a nation deeply divided. Sport has helped to break down this division, at least in part. When the whites in South Africa held an election to decide whether to put an end to apartheid, 69 percent voted to give up their privilege, marking a rare peaceful transition of power. One reason for the favorable vote was South African President F. W. de Klerk's warning that failure to pass the measure would return the country to isolation in business and sport. South Africa had last participated in the Olympics in 1960 and had been barred since then from international competition. Its apartheid racial policies had made it a pariah country in everything from politics to sports for three decades. With apartheid undone, South Africans could once again show their athletic ability. This was a compelling argument for many whites. Subsequently, South Africa has been allowed to compete in the Olympics and in other worldwide competitions, especially in rugby, which is very important to its people.

Of greater importance than the slight reduction in gravity's pull is the so-called thin air that is present at high altitudes. Although air contains the same proportions of oxygen, nitrogen, and other gases at high altitudes as at sea level, in a similar volume of air there is less of each the higher up in altitude you go. This characteristic greatly affected athletes who competed in the 1968 Olympic Games in Mexico City, which is 7,350 ft (2,240 m) above sea level. In Mexico City, athletes had to breathe more vigorously and more often to get the oxygen they needed. This caused a serious problem for athletes in endurance events, but it assisted athletes in short sprints because they ran on their bodies' stored energy supplies. When Bob Beamon set his world record in the long jump in Mexico City, he benefited from a slight reduction in gravity, reduced air resistance from less dense air, and the fact that his approach was a short sprint and not a distance run.

Solar power and wind power are considered alternatives to fossil-fuel-based energy generation from coal, petroleum, and natural gas, which predominate worldwide energy production at the start of the 21st century. Both of them solve what is seen as the most prevalent negative consequence of fossil-fuel-based energy generation: air pollution. This includes air pollution from chemicals, particulate matter, organic compounds, toxic materials, and the emissions that lead to climate change. Solar power and wind power are also popular because they are renewable sources of energy production and so do not suffer the negative consequence of diminishing supplies. They are also domestic sources of energy production and so are not dependent on imports from what may be hostile countries. Finally, solar power and wind power have the technical capability to be distributed, meaning they are what is sometimes referred to as decentralized energy generation sources. They can be placed on individual homes and in small areas and do not rely on large, single generation stations that can be subject to large-scale blackouts, terrorist attacks, or other centralized vulnerabilities.

Loneliness and lack of self-esteem are among the most obvious conditions which can be alleviated by living with an animal friend. You are never alone with a dog or cat: walking the dog brings you into contact with other people and makes it infinitely easier to strike up a conversation with strangers. Local cat owners often get to know one another too, as it is common for cats to wander into their neighbours' gardens (and houses!) and for neighbours to exchange cat-sitting duties during holiday times. Having the responsibility for a pet can increase your sense of your own value and importance. Caring for an animal reminds you that however low you might feel, you are capable. When you're tempted to stay in bed and pull the covers over your head, you have to get up and feed the cat or walk the dog. That everyday routine with a creature who needs you can be extremely soothing.